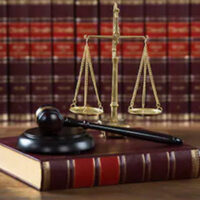 A former police officer is accused of destroying a mailbox while driving under the influence of alcohol. David Arkuszeski, 28, was driving just after midnight when police say he hit the mailbox, damaging his own vehicle and the passenger-side mirror. Police say Arkuszeski smelled of alcohol, was slurring his words, and was having difficulty standing when he was apprehended. Breath tests revealed that his BAC was .125 at the time of his arrest.

Leaving the Scene of an Accident

Every motorist who is involved in an accident is required to remain at the scene to render assistance or exchange information. Those who flee the scene of an accident, even one that involves only property damage, can be charged with a separate crime on top of their DUI.

Typically, what happens is something like the following. A driver who is too drunk to drive takes out a mailbox. The homeowner rushes out of their home to figure out what happened. When they see their mailbox is destroyed, they call police. Police put out a bolo on any vehicle with obvious damage (in fact, any car with serious damage becomes a lightning rod for getting pulled over even when it wasn’t just involved in an accident). They find a drunk driver with damage to their car and charge them with DUI with property damage and leaving the scene of the accident.

However, it’s unlikely that the police had a description of the vehicle from the homeowner. In fact, their only basis for charging Arkuszeski with the property damage is likely a call made by the owner or a neighbor. So they search for a vehicle that looks like it has fresh damage.

Is that enough for a conviction? No, it isn’t. But police will also likely try to get the suspect to admit that they hit the mailbox at some point while questioning them. If they cannot tie Arkuszeski directly to the injured mailbox, then he can only be charged with DUI. The property damage and fleeing the scene of an accident with property damage charges go up in smoke.

Leaving the scene of an accident with property damage is considered a second-degree misdemeanor. The maximum penalty is 60 days in jail and a $500 fine. However, the worst consequences will likely be the impact on Arkuszeski’s career. His job as a peace officer is over.

If you’ve been charged with fleeing the scene of an accident or driving under the influence of alcohol, call the Florida DUI defense attorneys at FL DUI Group today to schedule a free consultation, discuss your situation, and weigh your options for resolving the case and putting it behind you.