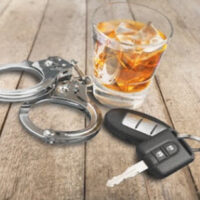 WWE Hall of Famer Tamara Sytch (known by her stage name of Sunny) has been charged in an incident that cost a 72-year-old man his life. Authorities say that Sytch was speeding when she rear-ended another vehicle at high speed and sent the vehicle into another vehicle. The driver of that vehicle was killed in the chain-reaction collision. Sytch has been released on bond and is awaiting charges.

Authorities say that Sytch cooperated with them, but was visibly drunk at the time and kept asking for water because she had cottonmouth. She was taken to the hospital with minor injuries where her blood was drawn. She posted a BAC of .28 which is 350% more than allowed by law. It appears that the accident was caused because Sytch failed to stop in time for a vehicle that was held up at a red light. Several people in the vehicle were treated for minor injuries. Sytch was driving on a suspended license at the time of the crash.

Her situation is not pretty, but that phrase is hyperbole. Even death row inmates have rights. Nonetheless, she is facing a minimum 4-year sentence and the judge nor her lawyer can do anything about that. In Florida, a DUI manslaughter is considered a class-2 felony with a sentencing range of 10 to 14 years. Only when the judge sees fit to afford the defendant a lifeline are they allowed to diverge from the 10- to 14-year sentencing guidelines and allow the defendant to serve only 4 years. An attorney for the defendant must provide the court with good reason to diverge from the sentencing guidelines. This is called a downward departure sentence.

Can DUI manslaughter charges be reduced?

All charges can be reduced. Logistically, however, you need leverage to reduce the charges and in this case, the defense has none. The prosecution has everything they need to pin a conviction on the defendant including a chemical test that shows the defendant was three times the legal limit at the time of the accident. Someone died as a result of the collision, so the prosecution would be in no particular rush to offer a plea bargain to the defendant in this case. If there was some question as to the veracity of the chemical testing or other questions concerning the arrest, then maybe the plaintiff would have a shot.

A prosecution with this evidence provides the state little incentive to cut a plea. In most cases, the defendant is arguing that they should be allowed to serve only four years on the basis of not having any prior criminal record, never having been charged with DUI before, or promising that they will get treatment for alcohol abuse as part of their sentencing.

FL DUI Group represents those who have been charged with DUI in Orlando, FL. Call our Florida DUI defense lawyers today to schedule an appointment and we can begin discussing defense strategy immediately.

By Matt Olszewski | Posted on July 1, 2022
« Out Of State Drivers And DUI Charges In Orlando
Marijuana Hysteria And Legalization In The States »