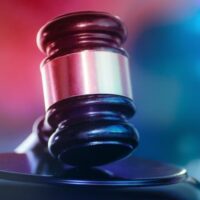 Sheriff’s deputies responded to a call involving a reckless driver in a black Dodge pickup. Someone who was watching the vehicle on the road phoned in the complaint. They told police that the black pickup almost hit a minivan. Police caught up with Rachel Tederous, the vehicle’s driver, and found that her speech was slurred and she had the odor of alcohol on her breath. Tederous told police that her blood sugar was low. The woman was brought to the hospital where it was determined that her blood sugar was okay. Police later found a mostly empty bottle of Jose Cuervo in the door.

The guidance counselor told police that she was on her way to pick up two children from the park. Police arranged for the children to be picked up, but Tederous is awfully lucky that the police stopped her before she was able to retrieve the children.

A look at the law

According to Florida law, any individual who operates a motor vehicle under the influence of alcohol with children in the car at the same time qualifies for enhanced penalties based on the fact that they endangered the lives of children while under the influence. So had Tederous been capable of driving to the park, she could have been caught driving drunk with the kids in her car. In these types of cases, the prosecution can also charge felony child endangerment or neglect along with enhanced DUI penalties. If a child is injured or killed in a crash involving a drunk driver, the driver can face charges of causing serious bodily injury or death as well.

DUI with a minor in tow roughly doubles the penalties of a simple DUI. For a first offense, the fine can go between $1,000 and $2,000. Additionally, the potential jail sentence adds an extra three months to the maximum. Those caught driving drunk with children in tow are also required to install an interlock ignition device on their vehicle as part of any settlement with the state. Ignition interlock devices are rented at the offender’s expense.

DUI has a basic default penalty that is the standard for all DUI cases. However, some acts during a DUI are considered more egregious than others. Those who operate a motor vehicle under the influence can face much worse penalties than fines and even jail time. In many instances, those children belong to their parents who are going to face tough questions from judges concerning their fitness for parenting. Additional penalties can be added based on how high your BAC is at the time of the arrest and whether or not you caused property damage, injury, or death.

If you’ve been charged with DUI in Orlando, you want to get out ahead of the charges as quickly as possible. Call the Florida DUI defense attorneys at FL DUI Group today to schedule an appointment and learn more about how we can help.