Lakeland Woman Charged With DUI With Children In Tow 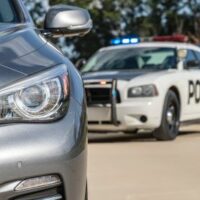 A 35-year-old Lakeland woman is facing enhanced DUI penalties after she drove through a fence and into someone’s backyard. Deputies arrived to find Brittany Medina with a child in her vehicle. Her eyes were bloodshot and watery and her speech was slurred. Neither she nor the child were injured, however, which is a lucky break for Medina.

Because there was a child in the car at the time of the DUI accident and property was damaged by the driver, the driver will face enhanced penalties for both contingencies. The woman told police that she was on her way home from a graduation party and had only one glass of wine. She told police that her brakes failed and that’s what caused the accident.

Crashes due to brake failure lead to DUI arrest

What if the woman’s story is true and her brakes really did fail and that’s how she ended up in the homeowner’s backyard? Let’s assume this story is true, as brake failure has led to DUI arrests in the past and they have not always led to a conviction.

The general rule of thumb is: If you’re drunk at the time of an accident, you can be charged with DUI. While probable cause arguments may have some merit here, the police don’t need probable cause to render assistance. If, in the act of rendering this assistance, they suspect that the driver is under the influence of alcohol, it won’t matter if the alcohol caused the accident or not. They can still be charged with simple DUI. They can also be charged with child neglect for taking the wheel while they were under the influence of alcohol.

However, since the property damage or even potential injuries and death was a result of brake failure, the prosecution would have to prove that operating the vehicle under the influence was the proximate cause of the accident or that the accident would not have occurred but for the driver taking the wheel while intoxicated. When a defendant presents a secondary credible explanation for how the accident occurred, the driver could be cited for the failure of their brakes, but since the brake failure caused the accident, the property damage enhancement would likely be dropped.

Even still, this is a bad situation for our defendant. She likely had a BAC over the legal limit and there was a child in her car. So even if her brakes did fail, she still broke those laws. It’s just her bad luck that her brakes failed at the same time she was driving home drunk. Also, she’d still be responsible for the property damage, she just couldn’t be charged with DUI causing property damage because the property damage could be the result of brake failure.

Facing DUI charges in Orlando? Call the Florida DUI defense attorneys at the FL DUI Group today and allow us to begin preparing your defense to these very serious charges.