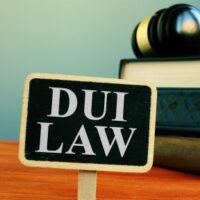 At 16 years of age, Jennifer Carvajal was found guilty of DUI manslaughter after she took the life of another driver. Carvajal blew through a red light and struck the driver’s vehicle, killing them. She was charged with DUI manslaughter and given 5 years in state prison. It is now 7 years later, and she once again faces charges of killing another driver on the road while drunk. She recently had her life story published in the Orlando Sentinel where they paint a sympathetic picture of a young woman with a troubled past, mental health problems. But now she also has a body count.

In 2014, Carvajal was a few weeks shy of her 17th birthday. She was driving a gold Lincoln Navigator that blew through a red light and struck a black Toyota Echo. Her vehicle did not have its headlights on at the time of the crash. The Lincoln continued to plow through the other driver until it came to a stop after hitting a pedestrian crossing sign. The other vehicle was pinned against a concrete barrier. At the scene, Carvajal said that she was driving without a license, had just gotten her learner’s permit and that the accident was her fault.

In the vehicle, police found an empty can of Four Loko and an empty bottle of tequila. Her BAC was .13 at the time of the accident. She pled no contest to DUI manslaughter and was sentenced to five years.

Carvajal had just completed drug and alcohol abuse treatment when she was caught a second time. A patrolman had noticed an oncoming vehicle moving at 110 mph. The patrolman followed the vehicle with its lights on and siren blaring. Carvajal turned her vehicle onto the shoulder and then tried to escape through a grassy knoll.

The vehicle went airborne and clipped a fence around a car dealership. It landed on a parked truck where it overturned before smashing into a concrete light pole. Two passengers were ejected from the vehicle. When the patrolman got to the scene, he saw one of them crawling away. Both of her legs had been broken. When the patrolman asked this passenger who was driving, she pointed to Carvajal who denied it was she that was driving the vehicle.

Carvajal was one of four people who ended up in the hospital after the crash. One of her passengers died.

Carvajal’s defense to the charges will be that she was not the one in control of the car at the time of the crash. The car was registered to another person who was injured in the incident. This person also drove the group to the party. So, it remains unclear whether Carvajal will face charges for this crime.

If you are facing DUI charges in Orlando, then you need to get out ahead of the charges immediately. The Florida DUI defense attorneys at the FL DUI Group can help. Call today for more details.