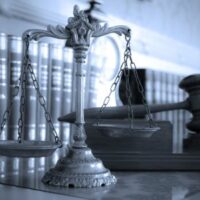 An Oconee man accused of killing two individuals was charged with vehicular manslaughter. Facing nearly 30 years behind bars, the man accepted a plea deal with prosecutors to serve four years and then 20 years of probation. After hearing victim impact statements, the judge denied the plea agreement.

This is something that can happen. You and your attorney can reach an agreement with a prosecutor, present your agreement to the court, and the judge can say, “Absolutely not.” In that case, prosecutors and defense can arrange another plea or send the case to trial. If the prosecution loses at trial, they’re going to be awfully mad that the judge vacated their plea agreement.

However, that appears unlikely. The defendant was driving his girlfriend’s vehicle when he struck two pedestrians. The man initially sped off until he was forced to stop by other pedestrians. The prosecution agreed to charge him on a single count of leaving the scene of an accident with a fatality and sentence him to four years prison time.

The man was released on bond but arrested again on a DUI charge.

Analyzing the case against the defendant

Vehicular homicide or manslaughter charges are filed when the police don’t have enough evidence to prove DUI manslaughter. DUI manslaughter requires proof of intoxication at the time of the accident to prove. Vehicular homicide, however, does not. In that case, the police only need to prove you were driving recklessly at the time of the death. In this case, the police say that the defendant’s speedometer was stuck at 75 mph. Does that prove he was going 75 mph at the time? Maybe. However, it just doesn’t sound like the case for vehicular homicide is particularly strong. That could have been why the prosecutors agreed to settle the matter with a 4-year sentence for leaving the scene of an accident causing death. That was something that they could prove based on ample witness testimony. Those witnesses will also provide the backbone of the prosecution’s vehicular homicide case. They must establish that the defendant’s conduct was worse than just mere speeding and was likely to cause injury or death.

The defendant can always say that he was negligent, but it doesn’t rise to the standard of culpable negligence. So, a prosecution verdict at trial may not be as easy to get as this particular judge thinks. Vehicular manslaughter prosecutions are tricky because jurors have to decide whether or not the defendant’s conduct rose to a particular standard of culpable negligence as defined by the law. There is some gray area. The prosecution would have been much easier if they could prove intoxication.

If you have been charged with DUI manslaughter or vehicular homicide in the Orlando area, the Florida DUI defense attorneys at The FL DUI Group can represent your interests in this matter. Call today to schedule an appointment and we can begin discussing your options immediately.