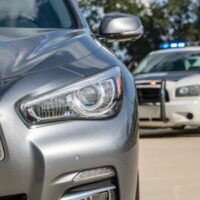 A man who admitted that he was “high and happy” is now facing a DUI charge. Several individuals reported a vehicle being driven erratically. According to those who reported the vehicle, it was failing to maintain a lane, blowing through red lights, and otherwise causing concern for other drivers. They reported the vehicle and it was stopped by police. When police asked the man if he was sober, he replied something along the lines of, “I am high on drugs and happy.” Wrong answer. He is now facing a DUI charge.

Police found a vape pen with marijuana, marijuana edibles, and just plain old marijuana in his vehicle. He was taken into custody where he was still high, but less happy. The police confiscated his marijuana, and he got to enjoy the rest of his high in a jail cell. He will now also be facing charges of DUI, will likely deal with a license suspension, and the cost of insuring another vehicle will eat into his marijuana budget.

How to be high and happy without endangering others

Morally, there doesn’t appear to be much wrong with being either high or happy. Legally, there is some gray area. While many states are moving to decriminalize and even legalize marijuana sales for recreational use, Florida is not among them. In 2024, there will be a referendum on the ballot that would allow voters to determine whether or not recreational marijuana sales can move forward. Until then, marijuana is illegal to possess, although, much more accessible than it has been in the past.

The major issue with the marijuana referendum is convincing people that it won’t cause an uptick in DUI accidents. While there are very few anti-marijuana arguments that could not also apply (perhaps more strongly) to alcohol, it remains a concern among residents. Instances like this don’t help matters either.

So, if you want to convince the public that recreational marijuana should be legalized, driving around like an idiot trying to get yourself arrested is not going to help the argument. Luckily, no one was injured here, but there is no universe in which legal marijuana will allow anyone to operate a motor vehicle legally.

That brings us to the last point. Right now, there is no real standard for determining if someone is high at the time of an accident. Circumstantial evidence can be used in concert with chemical testing, but alcohol is in and out of your body very quickly while marijuana is fat-soluble and thus remains in your system for months.

There are a lot of states that are waiting to legalize until there is an official standard for determining marijuana inebriation that can be used in prosecutions. Thus far, all prosecutors can prove is that you’re a marijuana user. Unless, of course, you announce the fact that you’re stoned to them like this dude.