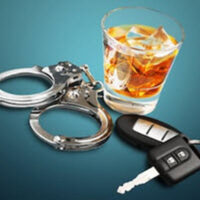 Damian Bradford was one of three men who had stopped along the road to help with an unrelated accident. In that accident, one pedestrian was struck and killed. While they were rendering aid, a second vehicle struck the men, injuring two and killing Bradford.

Police have finally traced the vehicle back to Christian Andres Ponce who was driving a 2017 Lexus IS200.

Ponce will be charged with vehicular homicide, leaving the scene of a fatal crash, and operating a motor vehicle without a license. While police suspect that Ponce had been drinking that night, there is no way to prove it. Thus, instead of DUI manslaughter, he will face vehicular homicide charges. Below, we’ll discuss the difference.

In order to prove DUI manslaughter, the state must show that the individual operating the vehicle was over the legal limit of .08, caused the crash, and that someone else, a passenger or another driver, was killed in the crash.

Vehicular homicide is very similar. The state does not have to prove the driver was drunk, but they still have to prove that the driver was operating the vehicle in a reckless or unsafe manner that they could reasonably deduce would put others at risk. That being said, the degree of culpability is lower than that of a manslaughter charge. The state must prove that the driver knowingly operated the vehicle in a manner likely to cause death or serious bodily harm.

Defenses to This Crime

Since the police aren’t attempting to prove that Ponce was drunk at the time of the death, Ponce is left with only two defenses. The first defense is mistaken identity. He would claim that he was not the person operating the vehicle when the fatal accident occurred.

His other defense is that he was not operating the vehicle in a reckless manner. He may have been speeding or committing some other traffic violation, but his conduct never rose to the standard of reckless. Either of these can be an effective defense, but police appear to have video footage of the accident or else they likely would have never caught the driver. So whatever the driver did is probably on video. That being said, the quality of that video and how much it shows will make or break this case.

If you’ve been charged with DUI in Orlando, you still have rights and the process still has a burden of proof. Call the Florida DUI defense attorneys at FL DUI Group today to learn more about how we can help.