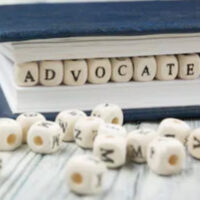 A Daytona Beach Shores driver crashed into a police patrol car just recently. She admitted to police that she’d had several glasses of wine and took prescription medication before the accident occurred.

When the crash occurred, the officers were speaking to two teenage girls who had been apprehended following a retail theft. The incident occurred at about 2:45 a.m. Police were interviewing the girls when a white Volkswagen crashed into their squad car. One of the girls was leaning against the car as it was struck, according to bodycam footage of the incident. Officers said the girls were “shaken up” but not seriously injured.

After the accident, the police had another problem on their hands. This time it was 26-year-old Brittney Loveless. Police say that her breath smelled of alcohol, and she couldn’t stand herself up straight without leaning against a palm tree after exiting the vehicle.

What Did She Tell Police?

Police administered a field sobriety test which Loveless promptly failed. After that, she told police that she’d drank four glasses of wine and took prescription medication that was not supposed to be mixed with alcohol. A blood alcohol test taken about three hours later revealed that her BAC was .116 which is well over the legal limit of .08.

Loveless has been charged with DUI and DUI with property damage. Police say their cruiser was totaled in the crash.

DUI with property damage also has other enhancements as far as penalties go. A driver who causes property damage under the influence of alcohol will not be able to apply for Florida’s diversion program.

In this case, the defendant’s prospects of getting her case dismissed or the charges dropped are rather dim. Not only did she crash into a squad car where police were attempting to investigate a theft, but she told police she’d been drinking and proceeded to blow a .116. That’s well outside the standard range of error for most chemical tests. So her prospects of getting this case dismissed are fairly bad. She will likely have her license suspended or revoked and be required to pay for the police car that she totaled.

FL DUI Group focuses on DUI defense. If you’re facing DUI charges in the greater Orlando area, call our Florida DUI defense attorneys to begin the process of protecting your future against the serious charges.

By Matt Olszewski | Posted on October 22, 2020
« Man Charged in 2019 Death of Good Samaritan
What is Accident Report Privilege and How Does it Apply to DUIs in Florida? »