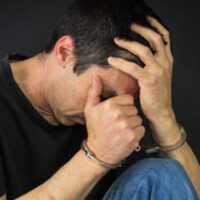 Law enforcement has been recently trained to spot signs of mental illness when dealing with detainees. This includes DUI stops and accidents. Law enforcement is also trained to understand that some individuals with mental health diagnoses may appear to be intoxicated even if they aren’t. In other cases, untreated mental health issues lead to substance abuse problems that can be treated. While the law punishes those who violate it, it also makes room for those who have untreated mental health issues to get the help they need. This would hopefully reduce recidivism rates which can sometimes be high in DUI cases.

While alcoholism or mental illness isn’t a defense to DUI unless you are completely psychotic, it is a mitigating factor when the courts consider the big picture. One of the things they ask themselves is: “Will this person get better with treatment.” In cases where the answer seems likely to be ‘yes’, the court won’t want to nail the person to the wall, but they won’t let them go scot-free either.

Prosecutors need to establish that you are mentally capable of participating in your own defense and understanding the charges and proceedings. When they can’t, then they are prevented from prosecuting the case until a psychiatric facility stabilizes the defendant. Once the defendant is stabilized, they then face the charges related to their crime. Alternatively, the defendant can plead insanity in a DUI case, but this almost never happens. Why not? Well, you don’t go to jail necessarily for a simple DUI charge. You will lose your freedom if you are adjudicated mentally ill in lieu of a guilty plea. That means that you can end up in a psychiatric ward for an indefinite period of time based on your plea.

The courts consider any and all mitigating or aggravating factors when adjudicating a DUI. Mitigating factors include those which may serve to reduce your guilt before the court. Those who suffer from mental illness tend to have substance abuse issues. They may not be able to control their drinking. The court will require that defendants making such pleas for mitigating circumstances get the help they need. They will oversee treatment, ensure you are making appointments, and not abusing substances. DUI probation can be quite limiting, but it serves as a potential avenue to avoid some of the worst consequences of a DUI.

This is the typical way that DUI defense attorneys use mental health issues in a DUI case. They will argue that their client is a good person who is struggling with symptoms of mental illness and if these symptoms were under control, then the offense would be much more unlikely. The court will buy this the first time. The second or third time you make this argument, you may have some problems.

FL DUI Group represents the interests of those who are facing DUI charges in Orlando. Call our Florida DUI defense lawyers today to discuss your case in more detail and we can begin preparing your defense immediately.