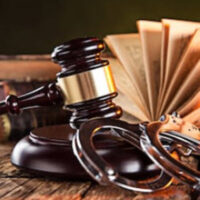 It seems like a lot of pro wrestlers are getting charged with DUI recently. The second wrestler to face DUI charges is Jeff Hardy who was pulled over in Volusia County after a report of a vehicle swerving through traffic. Police caught up with the vehicle and pulled it over but reported that the driver seemed to have a difficult time placing the vehicle in park and seemed otherwise confused. Police conducted a field sobriety test that indicated that Hardy was unsteady on his feet. They then conducted a breathalyzer test which indicated that Hardy’s BAC was over .29. He is being charged with aggravated DUI. Since this is the third DUI he has faced in a period of 10 years, the charges qualify for enhanced sentencing. Hardy remains in jail in Volusia County where he was arrested.

What happens when you get three DUIs in 10 years?

DUI is a misdemeanor offense unless you injure or kill someone or you’ve committed two other DUIs in the past ten years. Then it becomes a third-degree felony which is punishable by up to 5 years in state prison. The State of Florida also imposes a mandatory 30-day jail sentence for anyone charged with a third DUI. The vehicle must be impounded for 90 days. Lastly, the driver will have their license revoked for a period of at least ten years, but the driver can apply for a hardship reinstatement after two years.

In this case, the driver was driving on a revoked license already. So they are unlikely to get a lifeline from the court without proving that they’ve undergone substantial rehabilitation and alcohol treatment counseling.

Defenses against a third DUI

If you have two prior convictions for DUI, then the prosecutor only needs to prove the elements of the third DUI to sustain a conviction. However, it isn’t always that easy. If one of the DUIs is still pending, then the prosecutor will need to establish the elements of both DUIs. Likewise, if one of the DUIs was adjudicated out of state, then the prosecutor will need to establish that the DUI qualifies under Florida law. Utah, for example, charges residents with DUI for having a BAC of .05%. That would not qualify as a DUI under Florida law, so it could not be counted as a DUI for the purposes of a third DUI.

Otherwise, your options are limited to fighting the DUI arrest and charges on their merit. In this case, it would mean overcoming police testimony, chemical testing, and reports of erratic driving.

Arrested for DUI in Orlando? You need a skilled Florida DUI defense lawyer. Call FL DUI Group today to schedule an appointment and we can begin preparing your defense immediately.

By Matt Olszewski | Posted on August 17, 2022
« Mental Health Diagnoses And A Florida DUI
Police Officer Arrested For DUI On Way To Work »