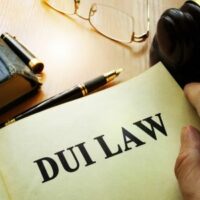 A 33-year-old man has been charged with DUI manslaughter after the death of a 48-year-old man at an intersection. According to police, the defendant drove a Buick Lucerne through a red light and struck the other man’s Ford Mustang. The driver of the Mustang was thrown from the vehicle due to the force of the collision. According to police, the man was both under the influence and driving at an excessive speed.

Strangely, however, it took six months for this individual to be charged with a crime. Police said the lag in charges was due to the need to review surveillance footage of the crash as it occurred. Once the footage was reviewed, the police pressed charges against the driver. He will now face DUI manslaughter charges related to the other driver’s death. He has been charged with both DUI manslaughter and DUI causing serious bodily harm, both felonies.

DUI per se versus DUI

One of the most interesting aspects of DUI law is that there are different standards for different drugs. For instance, the government can presume you are intoxicated if your BAC is above the legal limit, .08. This number has been reached due to scientific research and is unlikely to change any time soon. However, the same cannot be said of other drugs.

In the case of another common recreational drug, marijuana, there is no DUI per se, even in states where it’s legal. Scientists cannot agree on a testing mechanism to determine marijuana intoxication, and even if they could, there’s no established science as to how much marijuana is too much to drive. Testing for marijuana is problematic to say the least. Marijuana is stored in fat cells and hence, is detectable for up to months for regular users. While some states have imposed arbitrary limits (Colorado), other states have no clear consensus on how much is too much to drive.

Every element of the crime

Before BAC and related devices were invented, police were forced to use their eyes and nose to determine if a driver was drunk. That, coupled with evidence of the poor operation of a vehicle would be required to convict. So police would need to prove that you were a danger to yourself and others while behind the wheel, you smelled of alcohol, and other signs, like your eyes were bloodshot. The process is substantially more difficult than presenting evidence of a .08 BAC, and a riskier prosecution, as some juries may not accept first-hand police accounts of a driver’s behavior.

Arrested for DUI in Orlando? Call the Florida DUI defense attorneys at FL DUI Group immediately and we can protect your rights, resolve your dispute, and protect your future. Call today to learn more!