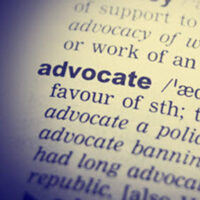 A Maitland police officer laughed, cried, and then vomited during a series of mood swings that arresting officers say occurred during a DUI arrest. Troopers were directed to be on the lookout for a red Audi that was driving below the speed limit on I4 with its flashers on.

Officers eventually caught up with Maitland police officer Lucas Patrick Holiday. They say he had an open 40 oz in the car and was showing serious signs of impairment. The officer told police it was “just an old beer”. When the arresting officer realized that Holiday was a police officer, he called his supervisor to the scene. Upon arriving, the supervisor noted that Holiday had fallen asleep in the vehicle. Officers attempted to do a field sobriety test but were unable to complete it because Holiday kept falling over.

They then arrested Holiday and took him back to the police station where they tried to administer a blood test, but each time Holiday vomited, they had to reset the 20-minute clock. At this point, Holiday began having major mood swings. He was crying, vomiting, laughing, and screaming, according to the police. After the umpteenth time of starting the test over, they brought him to a local hospital. The results of the blood test have yet to be released. Holiday has been placed on administrative leave as a result of the DUI arrest.

How to Get Busted for DUI

We don’t generally make recommendations on how to get busted for DUI, but if you really wanted to know the easiest way to do it, driving down the highway under the speed limit with an open 40 oz beer in your vehicle is among the most efficient ways of ending up in the drunk tank for the night and then facing a DUI charge. It was almost like he was trying to get caught.

DUI is a misdemeanor offense, but police officers are expected to be above reproach. Still, it’s not a sure thing that Holiday will lose his job on the force and have to take another job doing security. He wasn’t on-duty when the DUI occurred.

In this case, Holiday has two things going for him. First, he probably has no priors for DUI. Second, no one was injured and no other cars were involved in a crash. In fact, there was no crash. In cases like these, police officers generally can keep their jobs if they agree to alcohol counseling and nothing of the sort ever happens again. Nonetheless, it isn’t going to help his career on the force and may be considered against him when handing out promotions.

If you’re facing criminal charges, reach out to a skilled Florida DUI defense attorney at FL DUI Group. We can help resolve the issue with the minimum amount of damage to your future.

By Matt Olszewski | Posted on January 21, 2021
« Mother Charged With DUI After She Crashes Vehicle With Three Children in Tow
Driver Sentenced to 12 Years for Crash That Killed UCF Student »