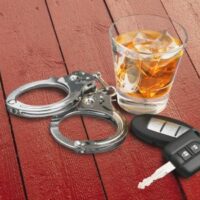 A Polk County Deputy is facing DUI charges after he flipped his SUV while off-duty on the weekend. The SUV left the road and rolled over. At the scene of the accident, the officer told responding police that he was not behind the wheel, but later admitted he was driving the vehicle and had consumed alcohol. The officer was charged with one count of DUI and another count of DUI with property damage. He has since resigned his position with Polk County which issued a statement saying that had the officer not resigned, he would have likely been fired anyway. While police officers are not typically fired for simple DUI accidents, he lied to police during his statement. “Untruthfulness” was listed as one of the reasons why the officer was terminated.

Did the officer conduct himself improperly?

The officer protected the integrity of his defense by lying to police about who was behind the wheel. It is unclear if there was anyone else in the vehicle at the time, but it makes sense that there would have been. Luckily, this individual was not injured or killed or else the officer would be facing additional charges.

Let it be known that there are two different standards at play when you face criminal charges. There are legal standards that will be applied to your conduct and civil standards that can be applied by your place of work. When it comes to government officials, the standards are high. In this case, the officer tried to lie to police about who was driving the vehicle and was eventually caught. Meanwhile, if police respond to the scene of an accident in which it is unclear who was driving the vehicle at the time, you have a right not to say anything at all because that can and will be used against you in court. As opposed to lying, you can assert your right not to say anything. By law, police may not use your unwillingness to talk as proof of guilt. So, depending on the circumstances, you’re better off not saying anything than lying and getting caught in a lie.

Do police officers typically lose their jobs for DUI?

For a simple DUI or DUI with property damage, police departments can terminate police officers but usually don’t unless they are drunk while on the job. Even police officers make mistakes and can be held accountable for those mistakes. Often, the stress of the job causes them to seek out stress-relieving substances. Nonetheless, lying in an official capacity to a police officer while you are a police officer causes trust problems. Imagine if you were a District Attorney who relied on the officer’s testimony to convict a defendant and the defense attorney brought up an incident in which the officer lied to cover his own tracks. The defense attorney would ask the jury to consider the fact that the officer is the type of person who would lie just to improve his situation. In other words, it becomes impossible not only for his brothers in blue to trust him, but for a DA to put him on the stand. So, he becomes useless to the department in his capacity as a police officer.

If you are facing DUI-related charges, contact the Florida DUI defense attorneys at FL DUI Group. Call today to schedule an appointment and we can discuss your options in more detail.