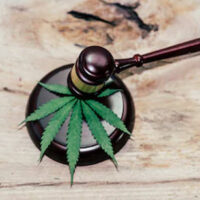 A middle school teacher is now facing DUI charges after police say they caught her smoking marijuana behind the wheel of her vehicle. While the vehicle was not in motion at the time of her arrest, the woman will face DUI charges nonetheless because she was “in actual physical control” of the vehicle when she was caught under the influence.

Deputies found Brandy Reinert behind the wheel of a running car in the parking lot of a bar and grill smoking what appeared to be marijuana. Reinert then admitted to police that she had been smoking after a long day at work. She told police that she knew she was guilty and that she had cottonmouth.

Police offers do not need to prove that you were driving in order to charge you with DUI. All they need to prove is that you are in actual physical control over the car. This is a much lower burden for police officers. It simply involves three easily-provable elements. Firstly, that you were under the influence of drugs or alcohol, secondly, that you had access to the steering wheel, and third, that your keys were somewhere on your person or worse still, in the ignition.

While “actual physical control” cases are more difficult to prove for prosecutors, each element of the prosecution is quite simple. It’s just harder to convince a jury to convict someone for “driving while intoxicated” when there’s no evidence that they were driving. The law wants us all to assume that the defendant would have driven had police not intervened. So the law says, yes, you must convict, but jurors want to know that there was actually some driving happening.

While “actual physical control” prosecutions can be mostly speculative, there are some elements in this case that make conviction much more likely.

First of all, the teacher was found behind the wheel of her car with the keys in the ignition and the engine running with a joint hanging out of her mouth. So establishing actual physical control is simple enough. The prosecutor then must convince a jury that it would be unreasonable to assume this teacher was not either about to take the wheel of her car or would have taken the wheel of her car at some later time on her way back home. Plus, the woman already admitted she was guilty to police who will definitely inform the jury that even the defendant thinks she’s guilty.

Just to be safe, if you do get a little too drunk at the bar and you want to sleep it off in a parking lot, that’s okay. The law would rather you do that than take the wheel. However, make sure that you’re in the back seat and place your keys in the glove box out of reach. Then you don’t have to worry about an “actual physical control” prosecution.

For more information on DUI defense, call the Florida DUI defense attorneys at the FL DUI Group today to schedule a free consultation and learn more about your options.