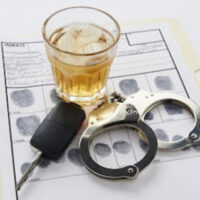 How do DUI prosecutions work? Well, police collect evidence from the scene, including blood and breath samples from the driver, and then test these samples using a lab. The labs get hundreds of samples per week and are months behind in processing these samples. This often means that DUI suspects don’t face charges until 6 months after the initial accident.

Before we get into this particular case, you have to understand that charges will not be filed until the prosecutors believe they can win their case. That means that prosecutors will wait to file charges until after the tox screens come back positive. Once a prosecutor files charges, the clock begins ticking on the prosecution. They will have to present evidence and if they can’t, then the case is dismissed and it cannot be reopened. So, they wait until the tox screens come back and then press charges against the driver.

This case revolves around a woman who was attempting to make a U-turn when she was broadsided by a motorcyclist. The motorcyclist died as a result of the accident. Blood was taken at the scene and months later, her toxicology report revealed she had a .096 BAC which is just over the legal limit. Will she face a DUI manslaughter charge?

She will face a charge of DUI manslaughter

The woman is currently facing a charge of DUI manslaughter. In order to successfully prove DUI manslaughter, the police must establish that you were in actual physical control of the car at the time, were under the influence of drugs or alcohol, and caused an accident that took the life of another person. But if you’ve ever been in a car accident, you know that accidents don’t necessarily work that way. Sometimes fault for an accident is attributed to both drivers. Sometimes, the drunk driver isn’t the one who is driving negligently.

In this case, the prosecution must prove a causal link between an injury or death and the driver’s negligent driving due to intoxication. If there is no link, the driver can still be charged with DUI but that is much better than facing a DUI manslaughter charge that has a mandatory minimum of 4 years in state prison.

FL DUI Group represents the interests of those facing DUI charges in Orlando. Call our Florida DUI defense attorneys today to set up an appointment and we can begin preparing your defense immediately.