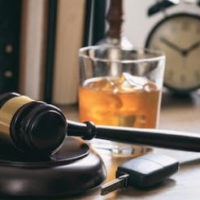 According to police, Jimmy Uso “refused” field sobriety tests. Police say that Uso was operating his vehicle in an unsafe manner, swerving to the left and right. Uso reportedly has two prior DUIs, one in 2011 and another in 2013. Uso was also charged with obstruction and disorderly conduct in Michigan earlier this year. So far, the WWE has refused to issue a comment on the issue. But this begs the question: Can you refuse field sobriety tests without repercussion?

There are all different kinds of field sobriety tests. These include: the one stand, the horizontal gaze nystagmus, and the walk and turn. Other tests exist, but they are not authorized by the NHTSA. Even those are can be prone to giving false positives. In fact, there is really no reason why anyone would ever want to take a field sobriety test if they didn’t have to..

Suffice it to say, there is no scientific merit to any field sobriety tests at all. Their main function is to return a false positive.

Breathalyzer tests are also prone to giving false positives. Further, the breathalyzer test does not measure your weight or how much you’ve eaten prior to drinking. Those who are keto diets can blow false positives even if they haven’t had anything to drink due to the presence of acetone on their breath.

Dealing with Police Who Suspect You of Driving Under the Influence

If the officer requests that you submit to field sobriety tests, you should decline. The result is always based on the officer’s own judgment and the interpretation will never go in your favor.

Talk to a DUI Attorney Today

The Florida DUI defense attorneys at the FL DUI Group believes that good people make mistakes. That includes misjudging their limits. If you’ve been charged with DUI, give us a call and set up an appointment. We can help.