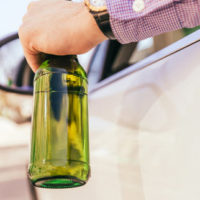 Twenty-one-year-old Andrea Schneider has pleaded not guilty to DUI manslaughter after being involved in an accident that cost two people their lives. Police claim that woman was driving under the influence when she slammed into 17-year-old Breanha Baker and Robyn Underwood, her grandmother. While details about the woman’s involvement in the accident are sketchy at this point, we can look at what kind of evidence the police are likely to produce in court to attempt to convict the woman of DUI manslaughter.

DUI manslaughter is a very serious offense. Considered a second-degree felony, the crime comes with a potential prison sentence of up to 15 years. Additionally, judges are required to sentence defendants who are convicted of DUI manslaughter to a minimum of approximately 10 ½ years. However, judges are allowed, if there are mitigating circumstances to warrant it, to impose a downward departure sentence which reduces the minimum sentence.

In cases of a DUI that results in the death of another person, the court typically takes a hardline posture against the defendant whose extreme carelessness resulted in an avoidable tragedy. That being said, the woman was only 21 years old when she committed the crime and the court can, if so inclined, factor that into their sentencing. Additionally, if the defendant fully cooperates with authorities during the matter and promises to get help related to substance abuse counseling and psychiatric attention, the court may decide to reduce the defendant’s sentence.

The role of the defense attorney, in this case, is to prove that substantial mitigating circumstances exist. These can include difficulty at home, substance abuse problems in the home, untreated psychiatric conditions, untreated substance abuse problems, and that this was the defendant’s first offense. All of these will be weighed by the court against the surviving family members’ and their demand for justice.

In a case like this, the defendant will almost certainly spend some time in prison for her crime. However, that’s only if the state is able to prove the elements of their case beyond a reasonable doubt. This means showing that the defendant was, in fact, drunk or on drugs at the time the accident occurred and that the victim did not contribute substantially to their own demise.

As odd as this is to say, just because a driver is drunk doesn’t mean that they caused the accident. The question of fault is still at play. If the victim contributed substantially to the accident, that point can be raised by the defense to subvert the manslaughter charge and see that the victim is only charged with DUI.

If you’re facing a charge of DUI in Florida, then the stakes are high. Florida imposes mandatory minimum sentences for DUI because preventable tragedies result from taking the wheel while intoxicated. If you’ve been charged, a Florida DUI defense attorney at the FL DUI Group can help you get a result that you can live with.