Close Menu
Florida DUI Defense Attorney > Blog > DUI Defense > Do I Have to Take a Field Sobriety Test in Florida?

Do I Have to Take a Field Sobriety Test in Florida? 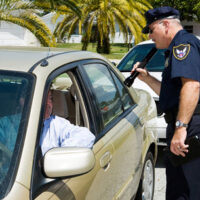 The short answer is no, you are not required by law to take a field sobriety test in Florida. Implied consent laws cover blood tests, breathalyzers, and urine tests. Field sobriety tests are largely considered nonsense by the scientific community and as defense attorneys specializing in DUI charges, they are designed to fail. There is no way that an officer is going to watch you stand on one leg while staring straight ahead and say, “this guy really is sober. I guess I have to let him go.” They are going to continue performing tests until they see some evidence that you fail and then arrest you under suspicion of driving under the influence.

Let’s take a look at two of the most common field sobriety tests: The one leg stand and the walk and turn.

As far as the walk and turn test goes, law enforcement is trained to look for 8 clues and the NHTSA insists that the test is 68% accurate. However, individuals pass this test precisely 0% of the time. Why? Because there’s no legitimate way to pass it. 100% of people fail the test because it’s very difficult to maintain your balance while your hands are at your while positioning one foot directly in front other and walking in an absolutely straight line while simultaneously listening to the instructions that the officer gives you. You will fail the test.

The one leg stand has a similar problem. You are required to raise one foot six inches off the ground and maintain your balance with your arms at your side while looking at your foot. Here, your balance is compromised in three different ways. First, you’re only on foot. Second, you can’t look at the horizon. Third, your arms are required to be at your sides. If anything, passing the test is an anomaly.

The third test is known as the horizontal gaze nystagmus likewise has no real scientific validity. You are required to follow a pen with your eyes while keeping your head still. Failing the test can be evidence of a neurological disorder or that the test wasn’t administered properly or that the results were interpreted improperly. If you think you’re going to pass the test, you’re probably wrong.

Why Are Fake Tests Administered?

The utility of these fake tests is to justify an arrest. If you are arrested for suspicion of driving under the influence, then the police are allowed by law to administer a breath, blood or urine test. If you are under arrest, you must comply with the request or face administrative consequences.

Breathalyzers are not perfect for a number of reasons. Blood tests are the only potentially scientifically accurate way to administer a test for BAC. That’s because they measure the amount of alcohol content in your blood, but even those tests can have problems. Makes sense, right?

If you’ve been charged with DUI in Florida, you can fight back. Talk to the Florida DUI defense attorneys at FL DUI Group today and start learning how.