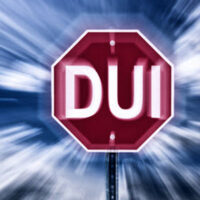 One of the aggravating factors that can enhance your simple DUI into an aggravated DUI is when you’re operating your vehicle with children in the car. In this case, a school bus driver with 40 middle-schoolers on his bus. A school employee reported the man smelled of alcohol. Several attempts were made to contact the driver over radio, but the driver continued to drop children off at their stops. Eventually, a school bus employee tracked the bus driver down. The bus driver exited the bus, fell to the ground, and complained that he couldn’t breathe. He was taken to the hospital where he received treatment, but he smelled of alcohol.

He was arrested and charged with DUI with passengers under 18 and one count of child neglect. However, outrage over the incident has spurred parents to seek additional charges. The DA is considering adding 14 new charges of child neglect. The bus driver is on paid leave while an investigation is occurring. The same bus driver was in a minor crash earlier in the week, but at the time, no drugs were found in his system, including alcohol.

What’s in store for the bus driver?

Nothing good. It’s unclear what happened here, however. It appears you have a driver who was driving buses for a while, but then suddenly got so wasted one day that was more than four times the legal limit. He shows up to work, reeking of booze, no one says anything about it. He gets into his school bus, and starts driving kids around. Meanwhile, there’s got to be someone else on the bus other than the driver monitoring the children. And yet, no one notices that this man is completely wasted. How does that happen? How many people have to fail in their basic duty of care before a bus company employee starts driving around the city to find the driver on his route? These are among the imponderable questions that this citation has left in its wake.

Meanwhile, the parents are not happy. They are pressuring the police and the DA to file more charges against the bus driver to ensure prison time. That, ultimately, is what they want. The DA is considering filing 14 additional charges of child neglect against the bus driver. That would ensure that the man went to prison for at least a couple of years.

A defense attorney has to get between his client and public outrage. Something happened here, but it’s unlikely that the man was showing up to work every day drunk without someone noticing beforehand. That means it could be a personal or emotional disturbance that contributed to the matter. The loss of a close relative, perhaps. To be sure, this doesn’t excuse the defendant’s actions. But it could explain why an otherwise good man would take a terrible risk with other people’s children.

If you have been charged with DUI in the Orlando area, call the Florida DUI defense attorneys at FL DUI Group right away. We can help negotiate a resolution you can live with.