Man Found Asleep At The Wheel; Charged With DUI 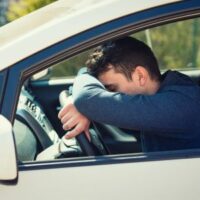 In this case, they found the suspect slumped over in his truck with two open beer cans in the cup holders. The officers woke the man up and asked him where he was going. They said his responses were slurred and he did not respond to instructions. They also said he had difficulty standing and his eyes were bloodshot. He smelled of booze. The driver refused to partake in a field sobriety test, which is his right under the law but was immediately arrested on suspicion of DUI. He also refused to take a breathalyzer test or provide a blood sample upon request, so he will be charged with refusal to submit to alcohol testing upon request.

Because he refused chemical testing, he will not have the opportunity to defend himself from the charges or qualify for Florida’s diversion program which is available to first-time offenders. So, refusing chemical testing did not help this defendant and perhaps made his situation worse.

Is refusing to blow ever a good idea?

There are two things you need to know. First of all, DUI prosecutions predate breathalyzer and blood tests and the second thing is, that first-time DUI offenders often qualify for diversion programs that are significantly less onerous than your typical DUI conviction. If you refuse to take the breathalyzer or blood test, then you will not qualify for these diversions. Prosecutors then have the option of charging you with refusing to submit a sample, which results in a one-year license suspension and they can still proceed with their DUI prosecution without blood or breath evidence. They need only convince a jury that the officer’s observations were accurate and your driving was bad.

The only exception occurs when an officer lacks probable cause to detain a vehicle in the first place. If the officer lacked probable cause and then demanded a sobriety test, the sobriety test would be tossed on the basis that the stop itself was illegal. So, if you refuse it will not be considered, but it would have been tossed if you consented anyways.

FL DUI Group represents the interests of Florida drivers who have been arrested for DUI. Call our Florida DUI defense lawyers now to discuss the situation with a trained professional and we can begin preparing your defense today.