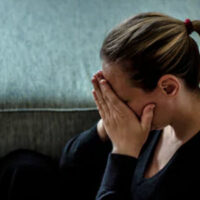 Pamela Diane Hess was charged with DUI after police say that she became confused over what to do with the red button at the entry gate to her parents’ gated community. She was driving a red Buick when she was spotted by a community watch driver. The arresting deputy said that she was stopped because she didn’t know that she needed to push the red button in order to open the gate. When the deputy asked her where she was going, she replied that she was going to “the Villages”. But the deputy noted that she was already in the villages. When he asked her where she thought she was, she told him that she thought she was in Orlando. She also claimed that a “pizza delivery man” had given her bad directions.

The police officer then conducted several field sobriety tests which he says she failed, including touching the tip of her nose, which is not a legitimate field sobriety test nor is it authorized by the NHTSA. The officer conducted a search of the vehicle and discovered 49 pills of Alprazolam. The woman claimed that she had a prescription for the medication, but was unable to produce documentation.

Hess has been charged with driving under the influence and possession of a controlled substance. She was released on $3,000 bond.

Will She be Convicted?

Alprazolam is a benzodiazepine that is sold under the brand name Xanax. It is typically used to treat anxiety, but is habit-forming and produces a sedation effect when ingested. They will need to run a blood test to know for sure whether or not Hess was under the influence while driving, but even if Hess had a prescription for the medication and was taking it as directed.

You can be charged with DUI even if you take a prescription medication. The police will still need to show that your driving was compromised because you were on the medication. The arresting officer said that the defendant looked “lethargic” when he found her and confused over what she was going. This case, however, is by no means a lock.

In order to determine whether or not Hess was compromised at the scene, the police would have needed to perform a blood test. If they have a blood test on record showing that she had Xanax in her bloodstream at the time of her arrest, she may still face DUI charges. If she can prove she has a prescription for Xanax, she will not face charges related to the possession of a controlled substance.

You should never drive on medication when you’re not certain how it will affect you. You can be pulled over, face DUI charges, or worse, cause an accident and face more severe charges. If you are facing DUI charges, you need to have an attorney handle your case. Call the Florida DUI defense attorneys at FL DUI Group today to learn more about how we can help.

By Matt Olszewski | Posted on May 14, 2020
« Man Arrested for DUI Tells Police He Has Coronavirus
Elementary School Dean Charged with DUI »