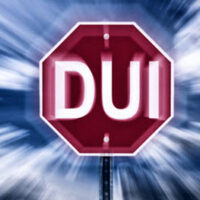 Police responded to the scene of a single-vehicle crash recently. A man and his three children were found at the scene. Police say that the man had pin-prick pupils which is generally a sign of opioid intoxication. Fentanyl was eventually recovered from the vehicle. After interviewing the children, one of the children told police that they had to continually shake the driver awake as he was falling asleep in the vehicle. None of the children were injured, but the man has been charged with DUI, child abuse, and possession of fentanyl.

The driver refused to take a field sobriety test and refused to provide urine. Two of the children were 7 years old while a third was 8.

If you knowingly place your child in danger, you can be charged with child abuse and child neglect. Since operating a motor vehicle under the influence of drugs or alcohol is likely to cause an accident, injury, or even death, law enforcement charges those who have children in their vehicle while driving under the influence with a separate crime of child abuse.

Law enforcement aggressively charges those who drive with children in their vehicle while intoxicated. Even in cases where there is limited evidence that the driver was operating their vehicle unsafely, law enforcement pursues child abuse charges. There does not need to be an accident or injury for law enforcement to pursue those charges. Indeed, if there is an injury, you can be charged with a separate crime for causing an injury to your child.

Defenses to DUI plus child neglect

Florida has another way of managing these charges which is a different DUI offense. If you are caught operating a vehicle while intoxicated with children in the vehicle, you can be charged with DUI with a child passenger. The penalties are about 50% harsher than a simple DUI. So, why charge someone with a separate crime? Well, child neglect charges are a felony whereas the DUI charges are misdemeanors. The potential sentence for such a crime is 5 years in state prison.

Ultimately, however, the collateral damage of being an unfit parent, losing custody, or being denied visitation is likely to be the worst outcome here. He will also find it difficult to afford to keep his license and pay insurance.

FL DUI Group represents the interests of those charged with DUI in the Orlando area. Call our Florida DUI defense lawyers today to schedule an appointment and we can begin preparing your defense immediately.